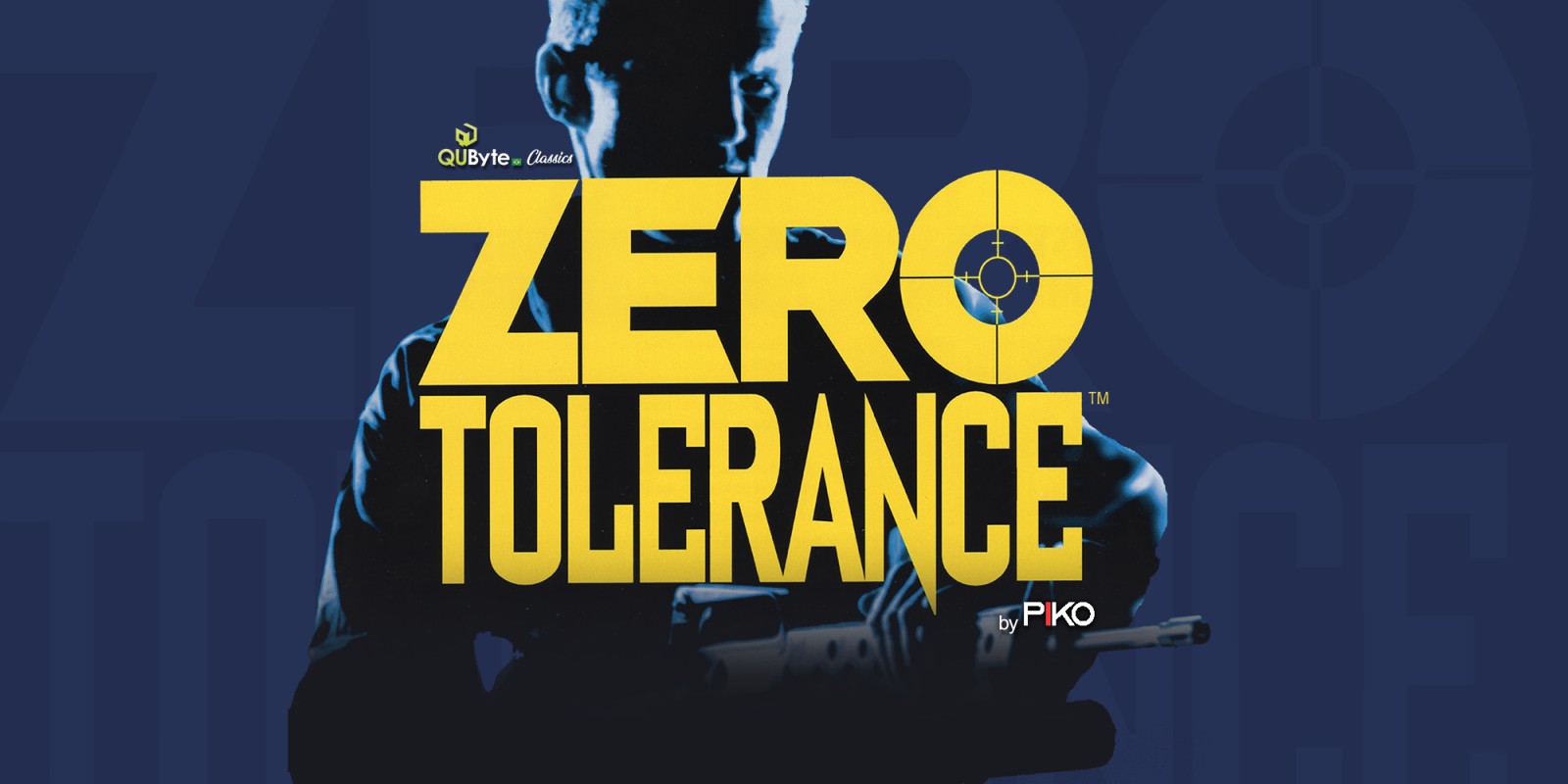 Zero Tolerance is an old school arena shooter that will bring back the felling of adrenaline to the player while taking out the bad guys (bad aliens in this case) with guns, grenades and even laser guns. The name Zero Tolerance refers to an elite squad specially trained composed by five members that are available to choose in the beginning of the game, each one with their own unique weapons and skills that completely changes the way you play through the levels in the game. The QUByte Classics version includes 3 games: Zero Tolerance, Zero Tolerance Underground and an unreleased demo called Zero Tolerance Beyond, which can be unlocked by finishing one of the two other games. Zero Tolerance was originally developed by the first independent game developer, Technopop, and published in 1994 by Accolade. Technopop was funded by Randel Reiss, who is the owner of the "Zero Tolerance". Game Features - +40 unique levels to complete; - Classic FPS action and adrenaline; - Environment completely in 3D with a 360° degree perspective; - 5 save state slots per game - 4 screen filters (XBR, CRT, Smooth and Sharp) - 3 screen types (Normal, Fit and Stretch) QUByte Interactive and PIKO Interactive.